What is Guar Gum?

Guar is a native to the Indian subcontinent. Guar is grown mainly in India, Pakistan, United States and also in some part of Africa and Australia.

In old times, Guar was only used as rich protein to feed cattle. It is also used as green vegetable in India. After Second World War there was major shortage of locust bean gum which adversely affected the textile and paper industries. At that time Guar Gum was found as the most suitable substitute for scarce locust bean gum. In 1953 the extraction technology of guar gum was commercialized in USA and India after decade of period. 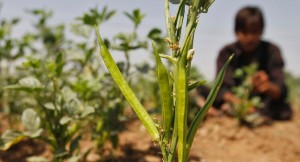 The guar plant is an annual plant known as ‘Cyamopsis Tetragonaloba’. The important source of nutrition to human and animals is the legume, it regenerates soil nitrogen and the endosperm of guar seed is an important hydrocolloid widely used across a broad spectrum of industries.

The guar plant flourishes in extremely drought resistant and semiarid regions where most plants perish. It grows best in sandy soils. The ideal areas for farming are West, Northwest India and parts of Pakistan. The major processing centers of Guar Gum are in the North Western states in India.

The guar plant grows from 2 feet to 9 feet high. The plant’s flower buds start out white and change to a light pink as the flower opens. The flowers turn deep purple and are followed by fleshy seed pods which ripen and harvested in summer.

The seed pods grow in clusters giving guar the common name cluster-bean. A gum extracted from the guar beans forms a gel in water, commonly referred to as guar gum. Guar is extremely drought resistant and thrives in semi-arid regions where few plants thrive. When limited moisture is available the plant will stop growing but does not die. Guar gum is also known as guarkernmehl, guaran, goma guar, gomme guar and galactomannan. 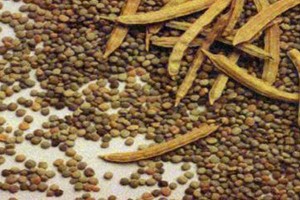 A growing season of guar is 14 to 16 weeks and requires reasonably warm weather and moderate flashing rainfall with plenty of sunshine. Too much rain can cause the plant to become more ‘leafy’ resulting thereby reducing the number of pods or the number of seeds per pod which affects the size and yield of seeds. The crop is generally sown after the monsoon rainfall in the second half of July to early August and is harvested in late October early November. The Guar is a naturally rain fed crop. Depending on the monsoon rainfall the total size of Guar crop varies from year to year. After harvesting, when the pods become dry through sunlight, they are beaten off and during this process, the seeds come out of the pods.

Contagion of the natural gums available at present occurs mostly due to poor handling. There are various tools and system available through which natural gums can be extract completely hygienic from the tree.